Face up, under the belly of my son’s car, my husband was elbow deep in a repair. Suddenly I leaned over the bumper and asked, “Hon, don’t you have one good adventure left in you? ”

An hour later, my hubby came inside:  “Alright! You’ve got me,” he spouted.  “I guess I’ve one adventure left.  But, only one and we leave early as dog-dukers!”

That, my friends, is how we began the adventure to totality!  It was a quest to see the corona.  It was a journey skyward and westward.  It was a cosmological expedition that confirmed what we already knew and what we were yet to know.

Next morning at 7 am, we traversed the entirety of north metro Atlanta to access the 100% eclipse zone on the morning of August 21.  Now, that was an adventure in itself. With the help of a Spotify playlist, 3 1/2 hours later we arrived at the meadow of what was once Lake Hartwell.  This dehydrated field marks the border between Georgia and South Carolina and would be the perfect westward-facing location to view the sun and moon as they crossed paths.  It would also be in the bulls-eye, the 100% coverage zone.  We would have 2 minutes and 20 seconds to view the corona and just maybe, we would be lucky enough to see Bailey’s Beads.

Upon arrival, we gathered our ragged chairs, an umbrella and drinks and settled in for the spectacle not fully understanding  the magnitude of what we were to witness.   At about 1:10 pm, Anna broke open her solar shades and yelled, “Its starting!” 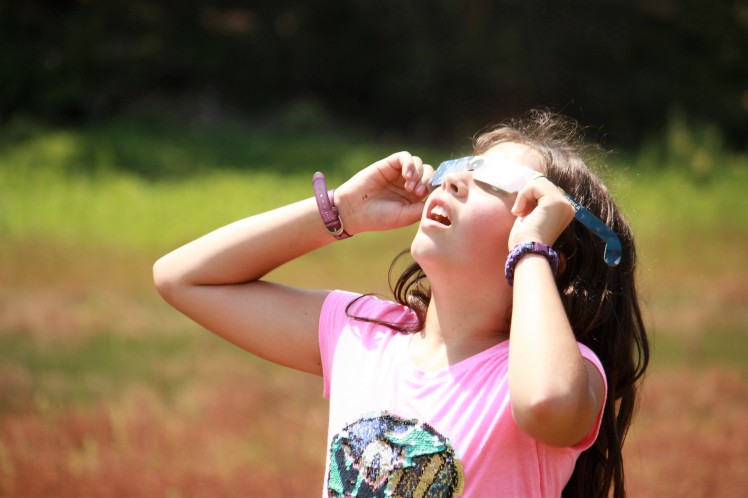 I fumbled in my backpack and found my own protective glasses.  After fidgeting a few seconds with the cardboard folds I managed to place them correctly over my eyes and look sunward.  Behold!  A large black sphere had entered the frame of the sun.  An Oreo-sized bite was missing from the right side.   OMG!  This is it!

Everyone got into place and some friends arrived.  We took measured glances at the advancing black moon covering the solar surface.  My camera came out.   Someone hummed “Black-Hole Sun.” 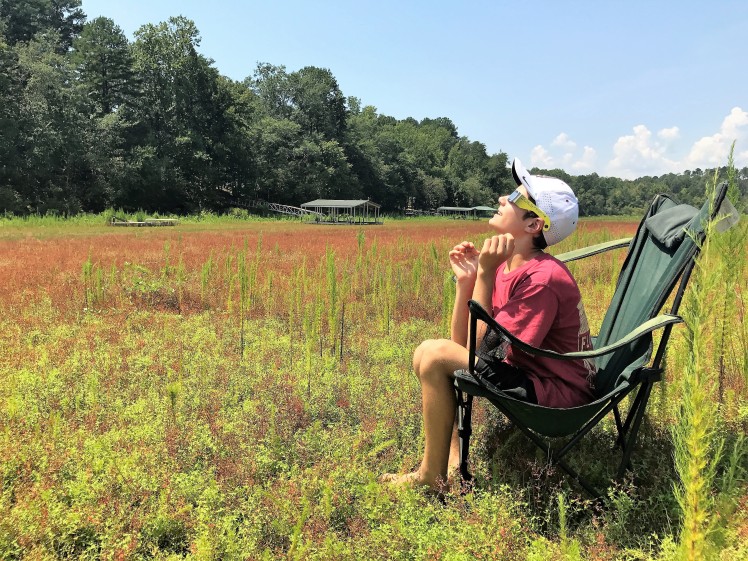 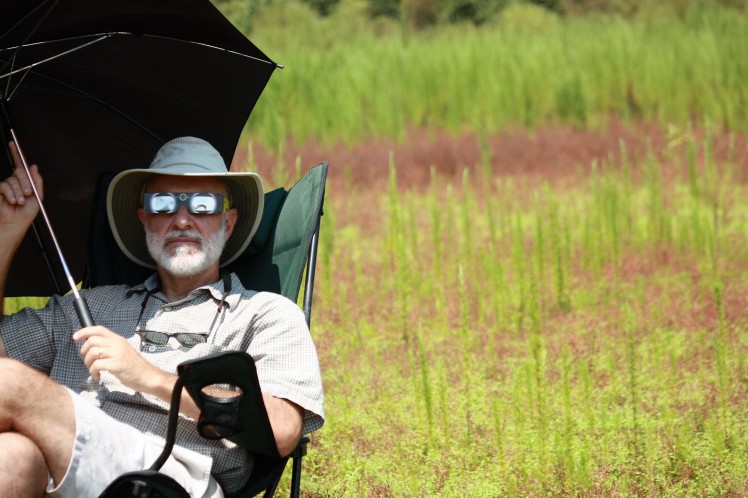 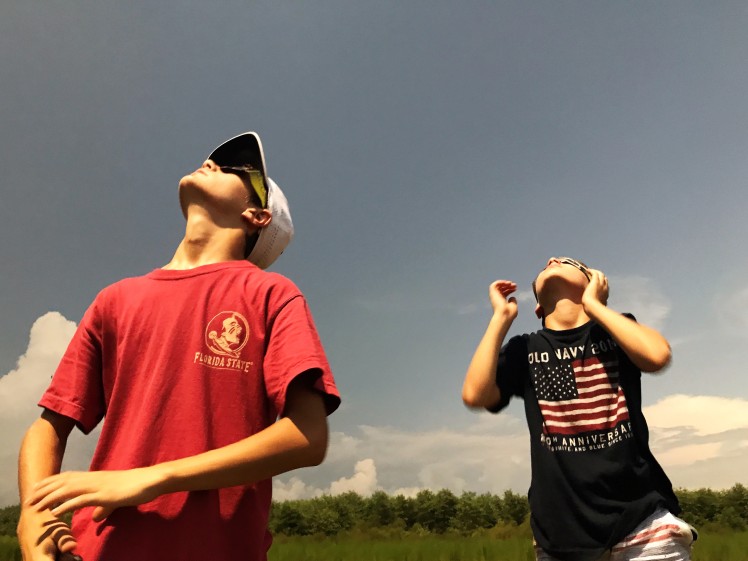 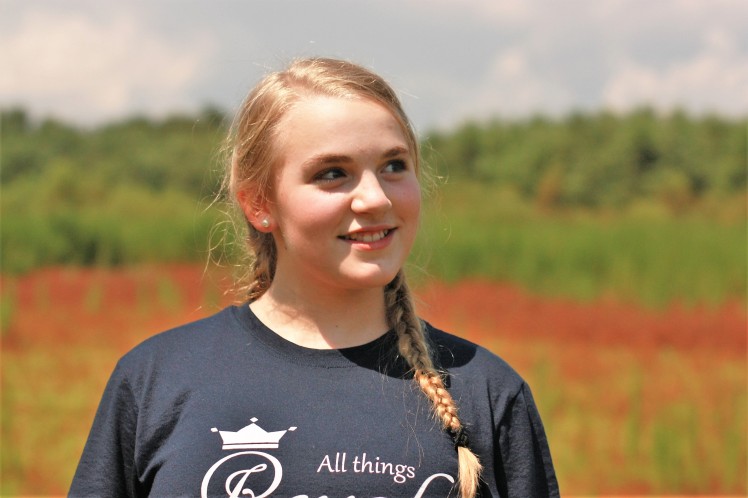 Ever so gradually, the light on that field reduced as the moon approached. Great white egrets flew across the darkened skies towards a dusky roost.  A  chorus of frogs started chirping their evening songs.   Dark shadows cast by human forms  were projected by the diminishing sun onto the dry lake floor.  The atmospheric color changed to sepia.

Then, it happened.  At first, there remained the tiniest sliver of sunlight.  Then, that the blackness slid over and the sun was blotted out of the sky!  The moon would have its say for the next 2 minutes 20 seconds. 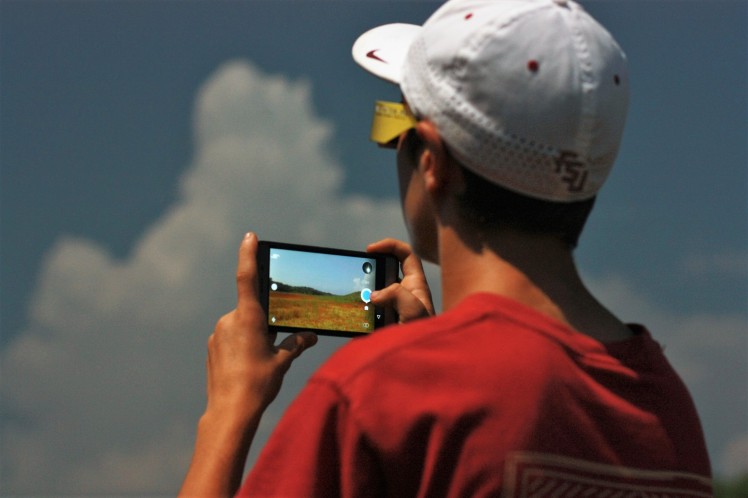 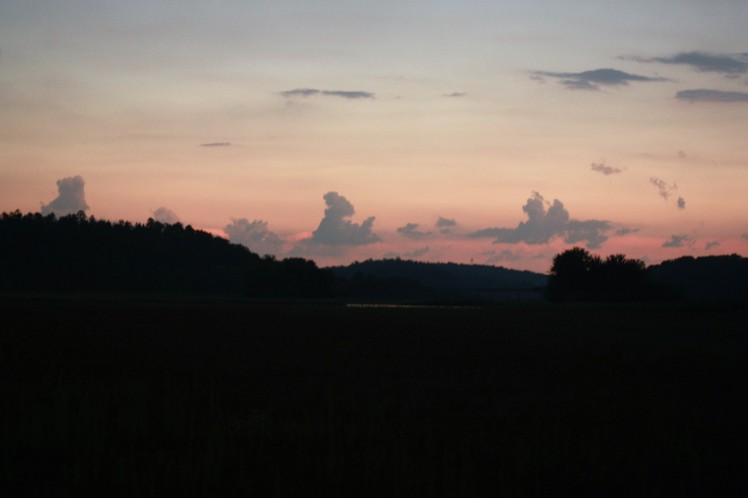 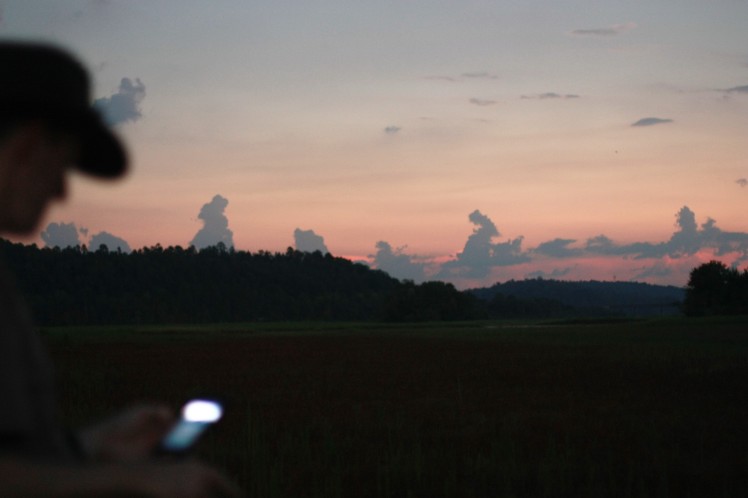 Darkness and coolness settled over the field.

The protective glasses came off.

“The Corona!” someone blasted.

“This is literally the most amazing thing I have ever seen!”

Then, at the mathematically appointed  millisecond, the sun’s rays literally burst forth on the other side.  In a flash, the lake bed was ablaze with light and color.

How do I describe an event so brief and surreal?  A time when  clouds, life and the sun seemed to stand still?

I cannot do it justice.  But, there is something I can surmise.

A collective, “what just happened?”  appeared on the faces of all present.

What just happened was that we became aware, at that brief moment, that we are actually on a giant sphere that is being orbited by a smaller sphere and together these two spheres are orbiting an even larger, blazing sphere.   Humans are absolutely minuscule in this whole process.  Yet, we are in the hands of God and He controls the sun, moon and stars.  It was a bizarre, yet comforting realization.

“And on that day,” declares the Lord God, “I will make the sun go down at noon and darken the earth in broad daylight.”  Amos 8:9

Then, we packed this adventure up and went home through the traffic to our mundane lives, pondering what we had just witnessed. 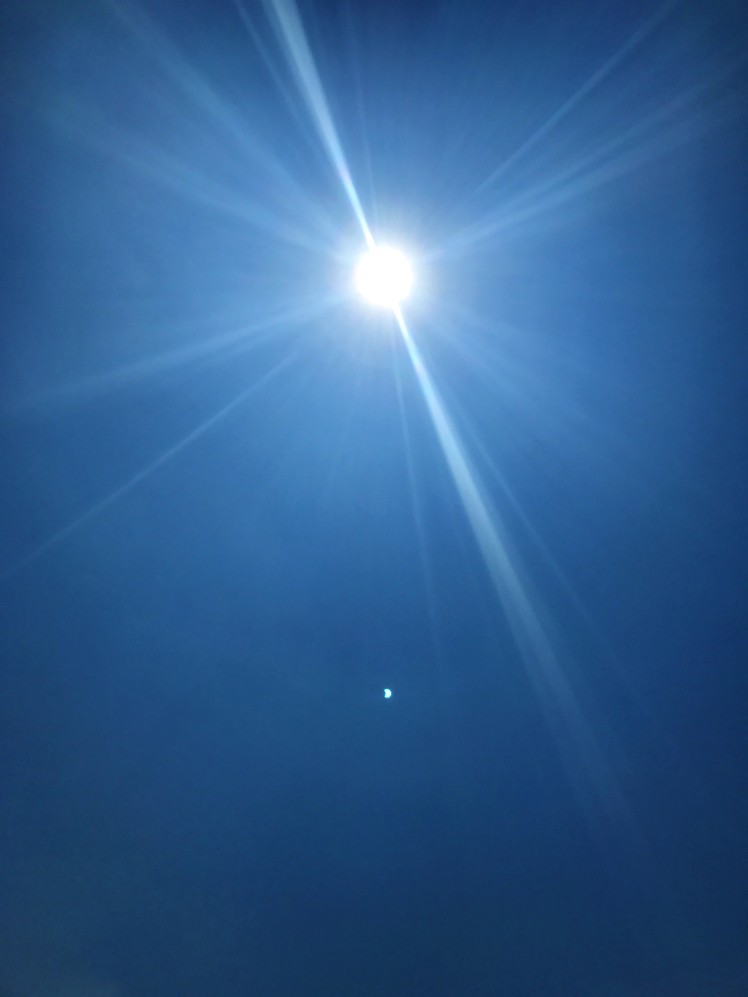 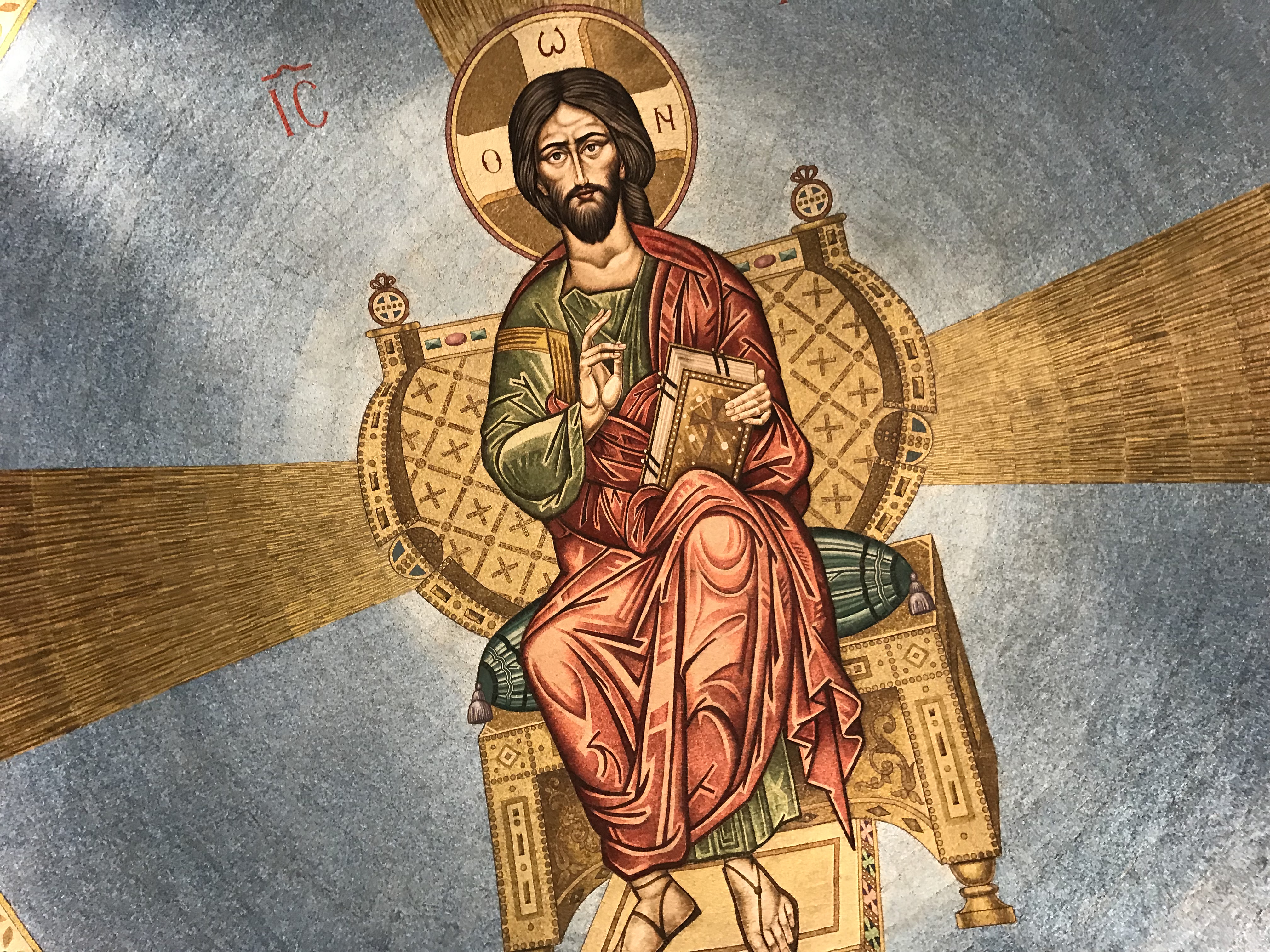