If you’re like me and you need to eat Paleo for digestive reasons, Advent fasting can be fairly challenging.  Advent is that six week period prior to Christmas in which Christians prepare for the nativity of Christ.  Orthodox Christians keep a vegan fast during the weeks of Advent to prepare the heart and body for the coming of the Christ child.  My problem is that I react to many foods on the Advent diet like beans, wheat, barley, chic peas, and lentils.  So, during this season I attempt to eat  foods that can be both Paleo and Vegan.

During these next few weeks, I’m going to share the Paleo friendly vegan foods we are eating.  Curried Pumpkin Coconut Soup is what’s on the menu tonight.

We’ve been eating pumpkin soup the week of Thanksgiving for years and years.  I discovered this truly vegan rendition several years ago and everyone at the house loves it, young and old.

Here is a link to the recipe for Curried Pumpkin Coconut Soup: https://www.everydayeasyeats.com/curried-pumpkin-coconut-soup/ 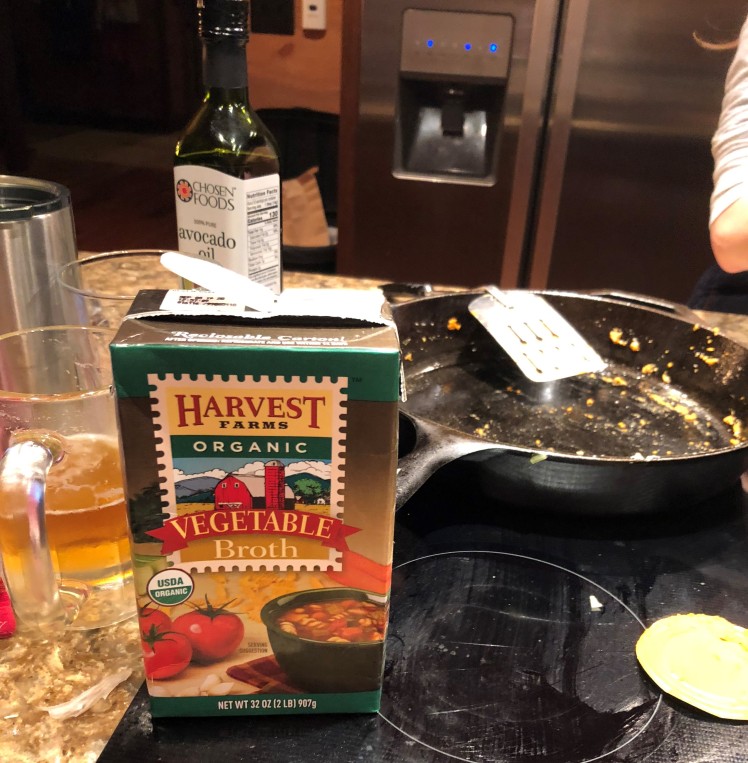 The grown kids are home for Thanksgiving so I’ve put them to work sauteing onions and celery in avocado oil.  I’ve been purchasing our avocado oil from two places, Trader Joes and Costco.  Avocado oil is literally my new favorite staple.  I use it in everything from salads to sauteing to baking.  The flavor is so mild and the best part is it has a high smoke temperature so you can saute veggies or fish with it and you won’t smoke up the house. 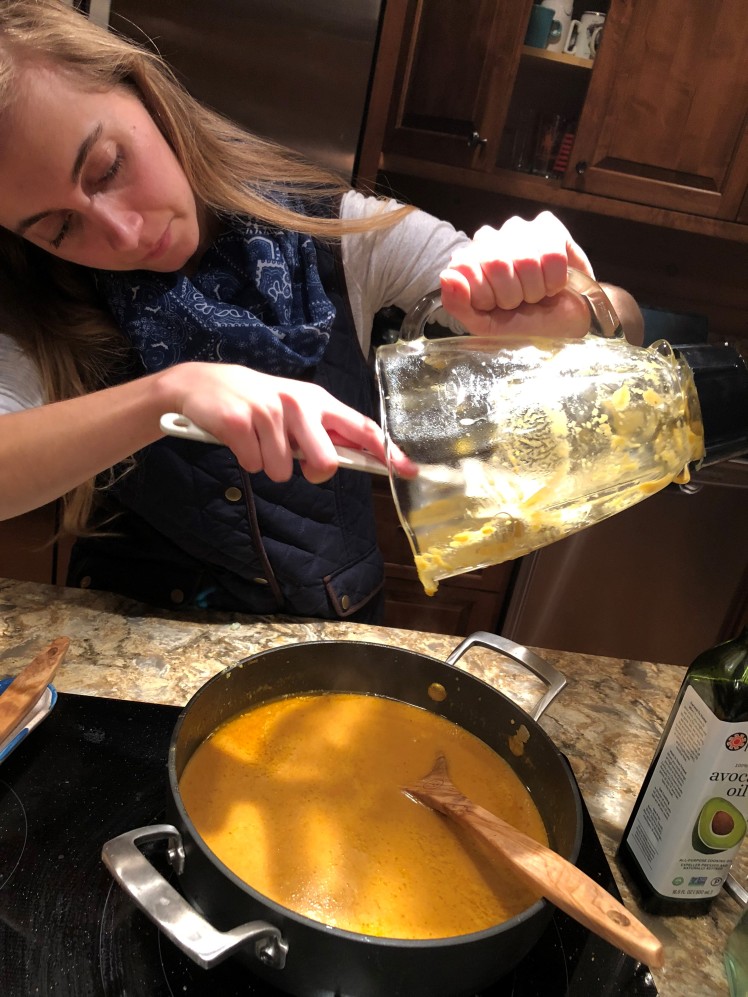 We usually have a can or two of pumpkin in the pantry, but we’ve been known to use fresh roasted pumpkin in this soup as well.  Tonight, we had a can of pumpkin to use, so in the soup pot it went!

The two major modifications I made to this dish were these:  1. I didn’t have curry.  So, I just skipped it. 2. I used sauteed freshly chopped apple in its place.   So, basically, what we did was peel and chop one apple (although two apples would make it even more fruity) and sauteed it in the avocado oil, then dumped the apple into the pot with the broth, onions, celery and pumpkin mixture.  After we cooked it down with the added coconut milk, we strained out the chunks of apple, onion and celery and put them into the blender for processing.  Then, we dumped all the smoothly processed stuff back into the soup mixture to make a gloriously creamy and hearty textured soup.  The avocado gave it that extra umph of fat, so satisfying and delicious.

The best part… it digests well and all the kids love it and there were left overs for tomorrow’s lunch.

A win all the way around.

I would love for you to try this recipe and post your comments here.  Let me know what modifications you use to make it at your house.

A blessed Advent to you and yours! 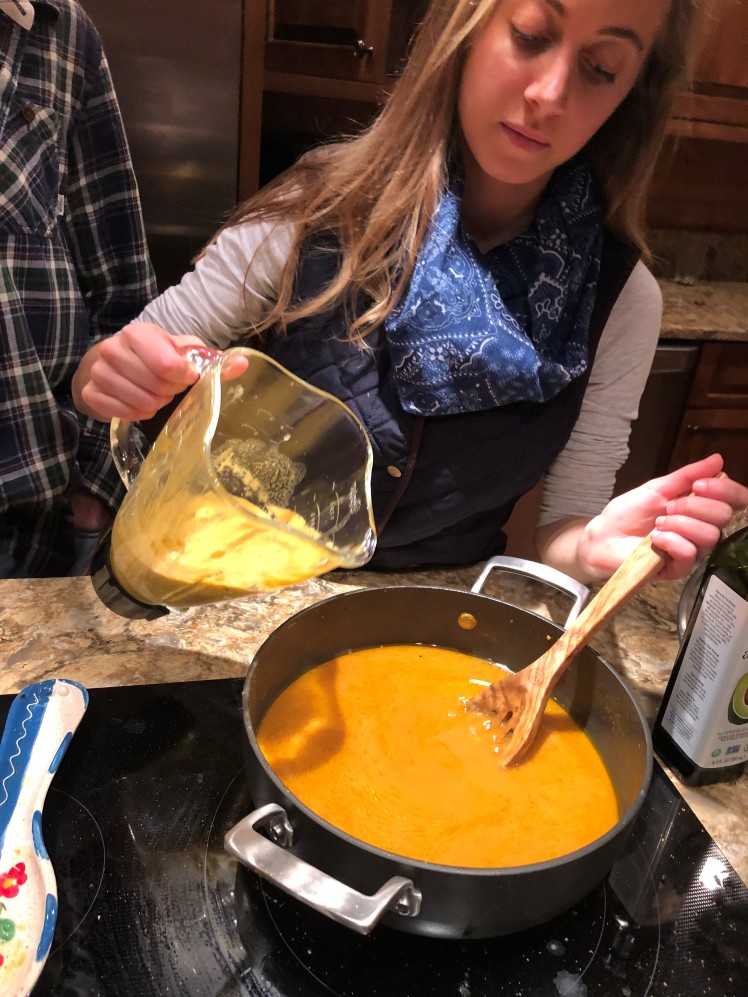